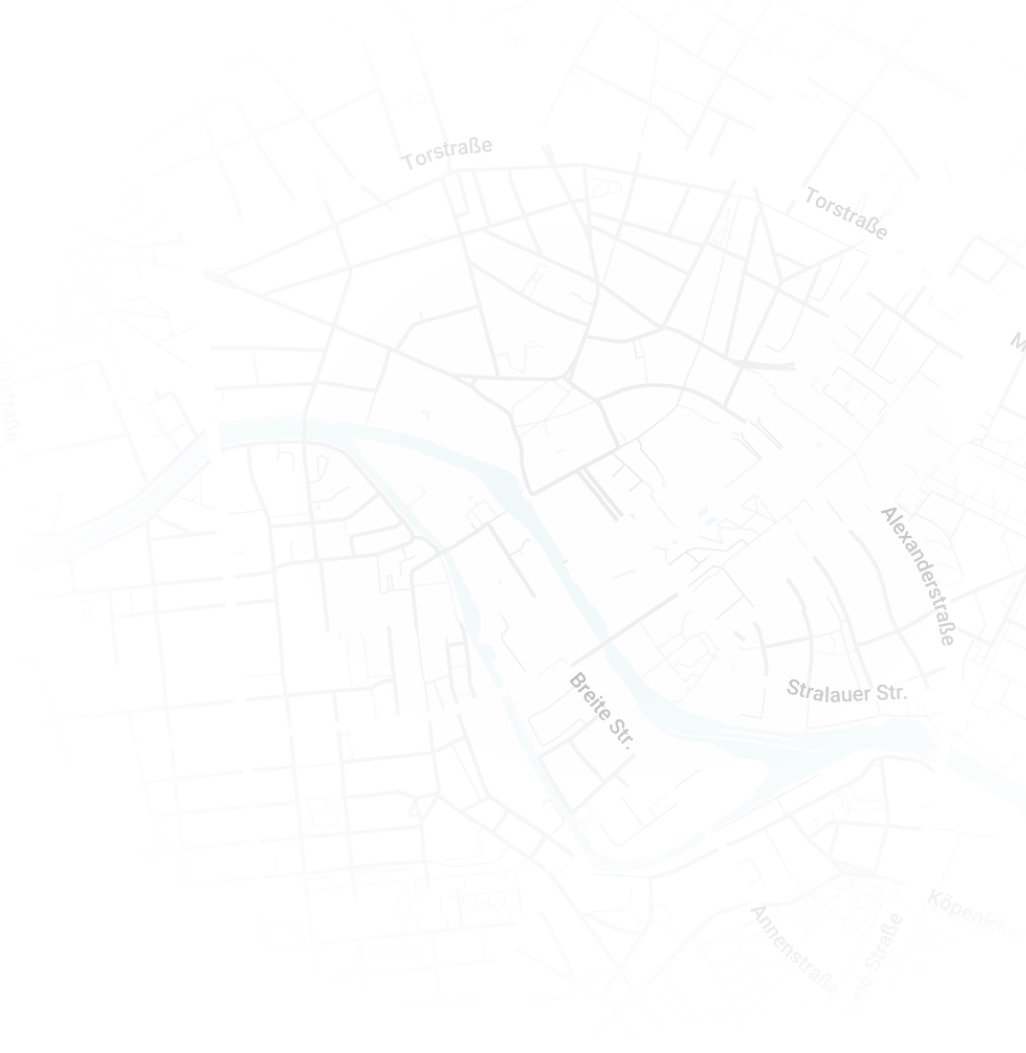 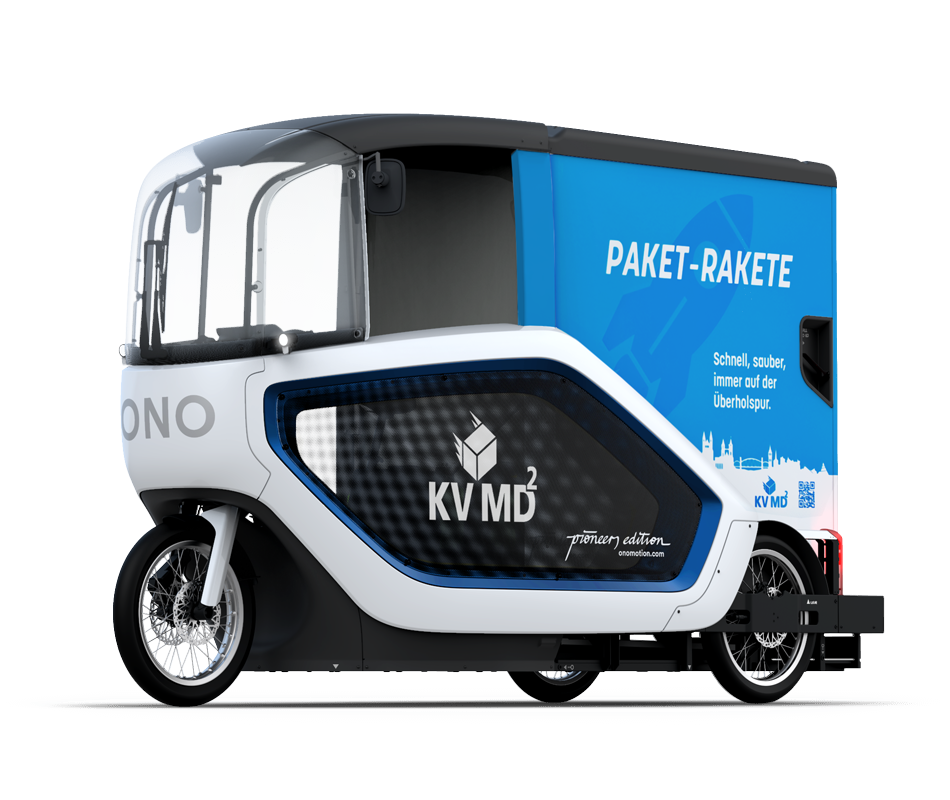 “The ONOs are the perfect Packet-Rockets’”

BRIEF SUMMARY OF THE COMPANY

The Mediengruppe Magdeburg umbrella brand combines diverse, reach and target group-oriented products, services and brands with which more than 600,000 households are reached every week – from Arendsee to Zerbst, from Goslar to Havelberg, from Uelzen to Genthin and of course also in the state capital Magdeburg.

SCOPE OF THE PROJECT

Period: Mid 2021 until present
“Paket-KV-MD2” sounds rather cumbersome, but it’s not. The pilot project of the Magdeburg Media Group is a sustainable parcel service for the “last mile”. The new last mile ecosystem involves an interplay of several modes of transport such as delivery trucks and the eCargobikes from ONOMOTION GmbH. The Berlin mobility provider’s three-wheeled eCargobikes have been delivering parcels to people’ doorsteps as a “parcel rocket” in the densely populated districts of Magdeburg since mid-2021, and will also deliver to stationary parcel stations in test operations. 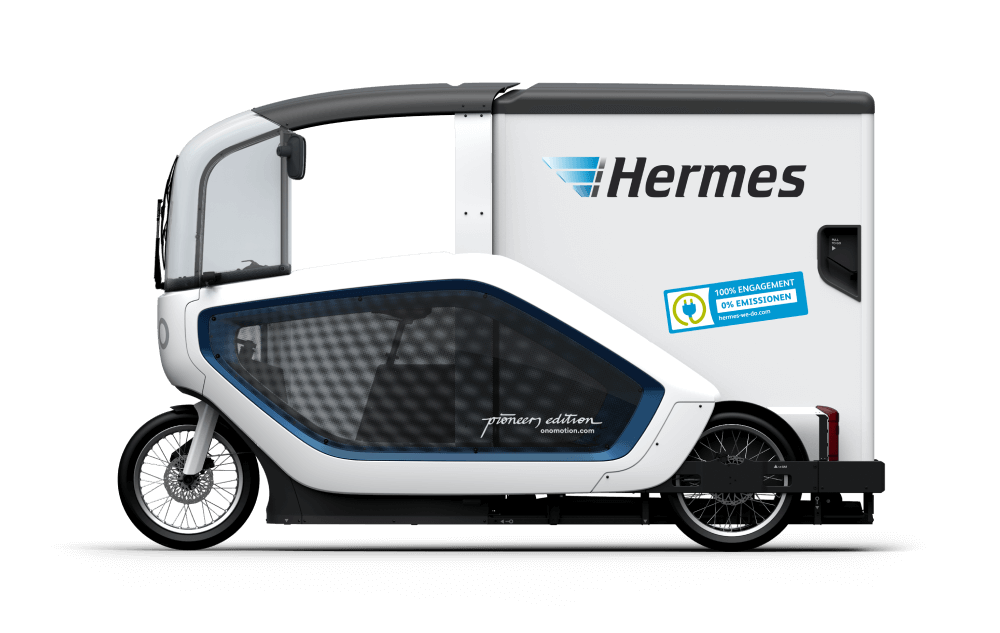 Additionally, the media group works with micro-depots for personal deliveries to clients’ doorsteps. Just a few days ago, the City Hub in Stadtfeld-Ost opened as a pilot site. The point of departure for the supply chain here is also the handling of goods in the central warehouse. There, the containers are picked overnight and brought to the micro-depot by delivery vehicles in the early morning. From there, the eCargobikes from ONOMOTION take over the fine distribution. The standardized and rollable containers can be attached to the ONO via a ramp in just a few steps. They also offer the possibility to separate returns and parcels still to be delivered  via shelves and nets . “Currently, we deliver to the micro depot exclusively by road. However, due to the excellent location near the main train station, a connection to the rail network is also conceivable in the future, so that the containers can be transported there by Cargotram,” says Kniep. If the concept proves successful, further micro-depots are to be added to the site.

Apart from the high functionality of the containers, another decisive factor for Kniep and his team was the high level of driver comfort provided by the ONO. The commercial vehicles protect them from the weather in the cold and damp seasons with the weatherproof cab and underbody panel. Two rechargeable batteries, each with a range of 25 kilometers per battery charge, provide the necessary propulsion for the ONO. This is well within the range of a delivery tour with many short stops within a radius of about five kilometers. The batteries are then recharged overnight at the central warehouse or micro depot. ONOMOTION offers the ONO in a rental model, the Vehicle-as-a-Service, with regular maintenance and service appointments, comprehensive insurance and access to Swobbee’s battery exchange machines. However, it’ also possible to buy the commercial vehicle with a service and maintenance contract – as the Magdeburg media group has arranged.