Less traffic and cleaner air: The second generation of ONOs are hitting the streets of Berlin with Hermes and Liefery

Berlin, July 29, 2019: Based in Berlin, Germany, the e-mobility company ONO (www.onomotion.com) is moving closer to their vision of creating cleaner and more enjoyable cities. Starting today, the second generation of the ONO Pedal Assisted Transporter (PAT) is hitting the streets of Berlin, as part of two pilot projects with German logistics companies Hermes and Liefery. The ONO PAT is an emissions-free and weather- protected vehicle developed to first focus on intra-city logistics and the CEP industry. It features two electric motors and does not require a driver’s licence. With its load volume- capacity of over 2m3, four easily exchangeable cargo-units replace the volume capacity of a conventional delivery vehicle.

Berlin, Europe and Beyond: A Clean and Cost-Effective Solution
ONO and its pilot project partners are tackling a problem that affects cities worldwide, let it be in Berlin, Paris, London or New York. In city centres everywhere, last mile deliveries cause road congestion, air pollution, and take up valuable city space. However, now, through solutions like the ONO Pedal Assisted Transporters, companies are changing their ways. ONO’s vision is to create cleaner and more enjoyable cities, freeing our cities of traffic jams and exhaust fumes. And the solution does not only lie in the vehicle itself, but rather involves an innovative ecosystem that includes the use of micro-depots within urban centres. Vehicles loading cargo from micro-depots within the city, as opposed to huge warehouses on the outskirts, is more sustainable, reduces the number of trucks in the city, thus reducing noise and air pollution.

Ahead of 2020 Mass Production: Demonstrating Feasibility of Replacing Diesel Vehicles Through Pilot Projects
The pilot projects1 with Hermes and Liefery will address feasibility concerns of switching from conventional trucks and vans to ONO PATs for urban logistics. Calibre and performance, among other things, will be monitored as the vehicles are used in daily and regular operations. ONO will use the results to prepare for mass production in the spring of 2020. Beres Seelbach, ONO co-founder and Managing Director explains, “With our e-cargo vehicles in everyday use, we look forward to demonstrating that cargo bikes are an effective alternative to conventional delivery practices, and that our ONO in particular best meets the needs of urban logistics.”

Multiple Applications and Secondary Markets
The pilot project launch also marks the expansion of ONO’s target markets. After mainly focusing on the CEP market, the company is now addressing urban logistics as a whole. The ONO transporter is built using a modular platform base, where standardised cargo- units and different modular units can be easily swapped. In addition to parcel deliveries, the aim is for the ONO PATs to be used to transport all types of goods, from food to flowers to furniture and more.

Josef Schulze Sutthoff from the German investment firm, Innovations & Beteiligungsgesellschaft Wolfsburg explains, “Cities worldwide are facing the challenges of reducing emissions and managing population growth. ONO addresses these challenges by making last mile delivery clean and by taking up less space. With the roll out of the second generation of this completely new category of vehicle and with the new pilot projects, ONO is that much closer to market maturity and mass production. We see tremendous scaling-up potential in ONO.” 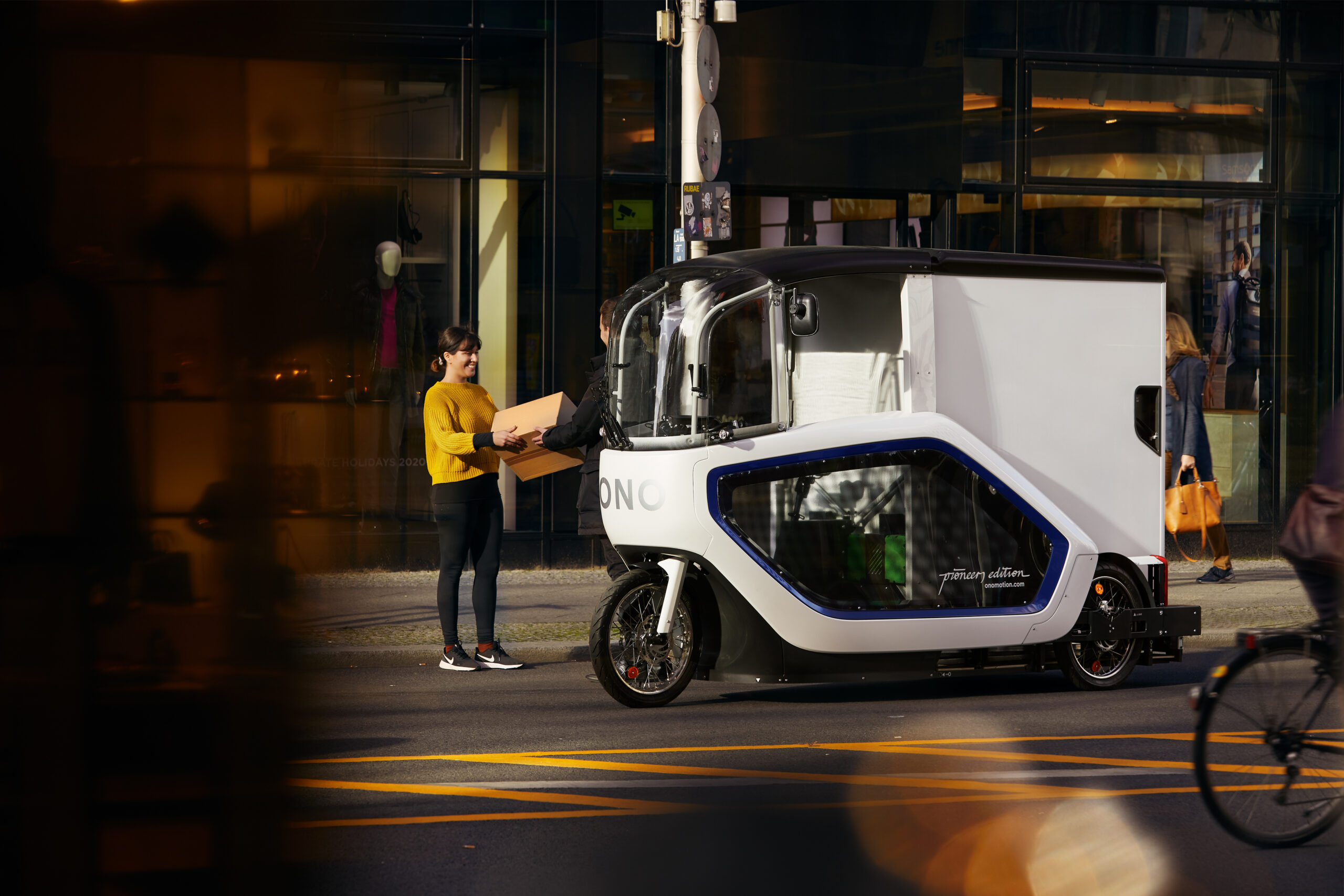 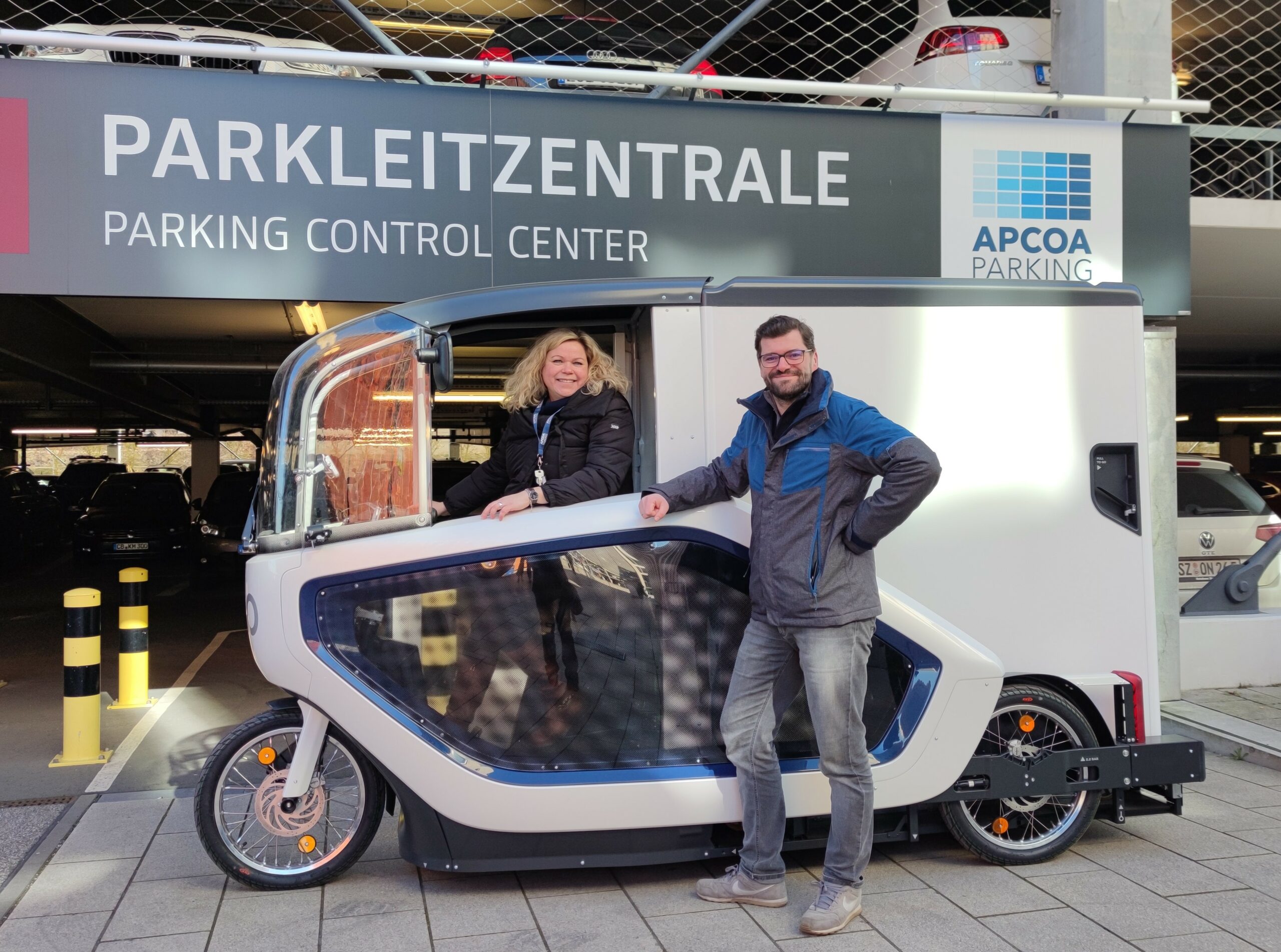